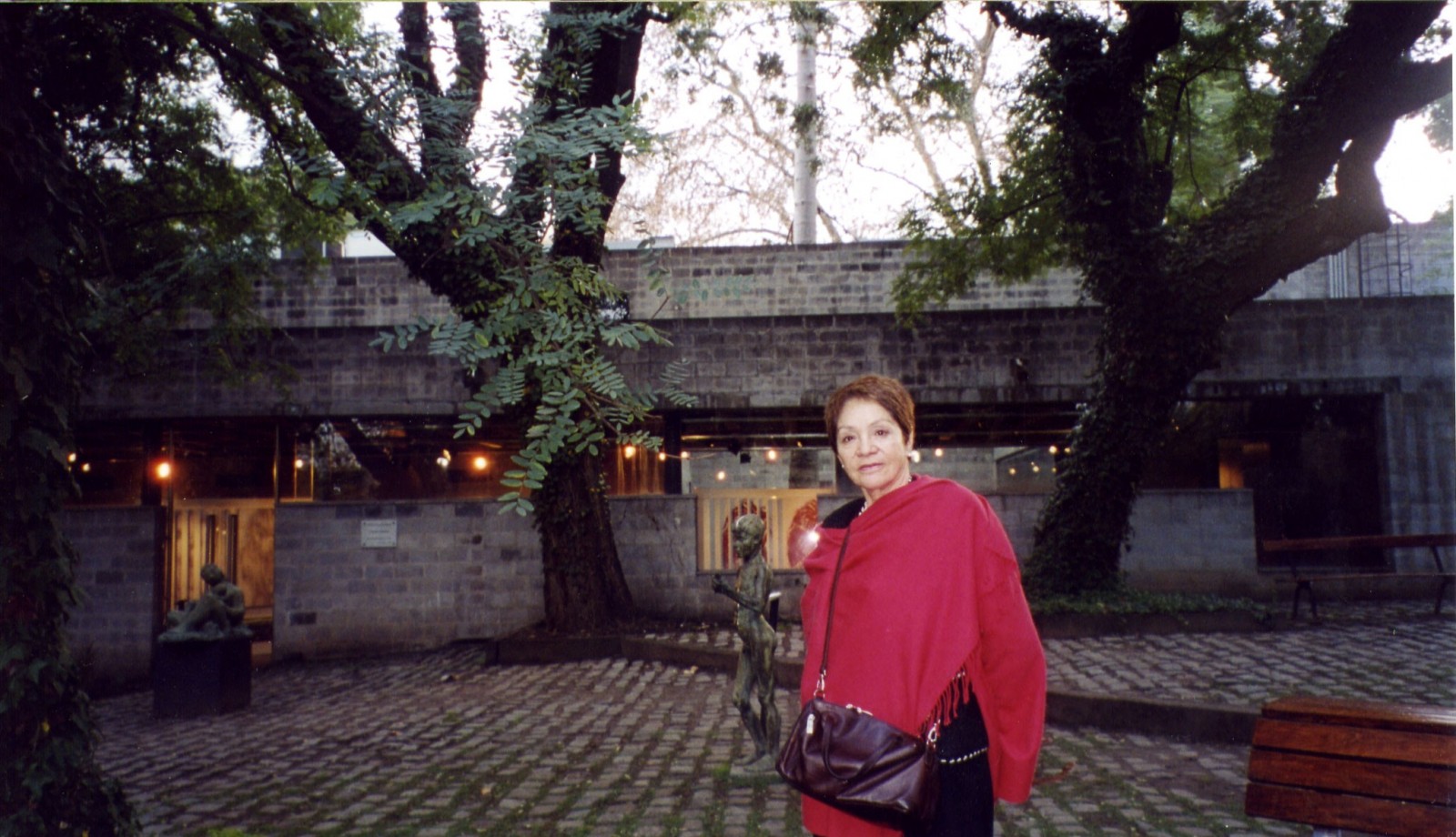 Catalina Parra is a political artist, educator, and intellectual whose career now spans five decades. Her influence both within and beyond the art community is demonstrated in her frequent inclusion as a key artistic reference in the histories of Latin American, feminist, and political art, and by her participation in a series of important art movements in Latin America and the United States.

Parra accumulated her education from multiple sources along her extensive art career. Beginning in Germany she was influenced by the Fluxus artistic movement and postmodernist ideals of John Cage, Joseph Beuys, and George Maciunas, who were making art in response to social movements of the 1960s.

During the 1970s Parra drew on her participation in the European Fluxus movement to respond to the political oppression and censure during the Pinochet dictatorship in Chile. She incorporated Chilean mythology of the Mapuche indigenous people into her artistic methodology through collages and installations that commented on the oppressive conditions of indigenous people as well as the violence of the Pinochet dictatorship.

“Imbunches,” exhibited in 1977, is recognized as one of the most influential art shows of this period. It denounced the censorship imposed in the society, the torture and murder of political prisoners, and the military government’s use of terror as a method of control. The exhibition has been included in publications in diverse fields, including literature, art history, political history, and social research as an important reference in Chilean history.

This show helped launch her career as a political feminist artist and led to her settling in New York City in the 1980’s. During the next decade Parra became part of an influential group of artist that sought to bring awareness to global political, social and economic issues, such as famine in Africa, human rights, world poverty, US intervention in Central and South America, and the women’s rights movement.

For over five decades, Parra has remained steadfast in her commitment to the power of art as a vehicle for social and political change. She is a feminist and humanist whose work and life are models of a wider definition of art that focuses on expanding the role of the artist as a social critic. Parra’s career has forged a path for other Latina artists in the world of art in the period of globalization.